It’s the first of May and who doesn’t start off every month with the hopeful intention of clean eating promising themselves a month ahead entirely void of croissants? I certainly can’t be the only one. Being raised by a health fanatic, eating well has always been a huge passion of mine as well as a priority, so much so that I recently shipped myself off to a vegan eco-farm with the motivation of embarking on a harsh detox of body and spirit. We ate dandelion for lunch every single day, truthfully before this experience I didn’t realise it was edible casting it off as an annoying weed however I was told that this superfood is a blood purifier and a very rich source of beta-carotene which we convert into vitamin A. After a couple of days my skin had never looked so healthy, clear of any prior blemishes, of course it was thanks to those dandelion leaves.. so I was told. I consumed fresh spirulina like I’ve never had it before, which resembles the texture of a slab of butter, incomparable in taste, texture and health benefits to the stuff you purchase in shops. My diet was entirely deplete of carbohydrates, vegetables making up the core of my meals and truthfully I’ve never had more energy in my life. Being back in Paris it is nearly impossible to retain this level of healthy eating but I’m intent on at least trying, making me evermore grateful for places like Bob’s Kitchen. Famous for his cold press juice, made from leafy green vegetables extracted in a way which retains all of the nutrients, it will certainly give you a much needed vitamin boost. 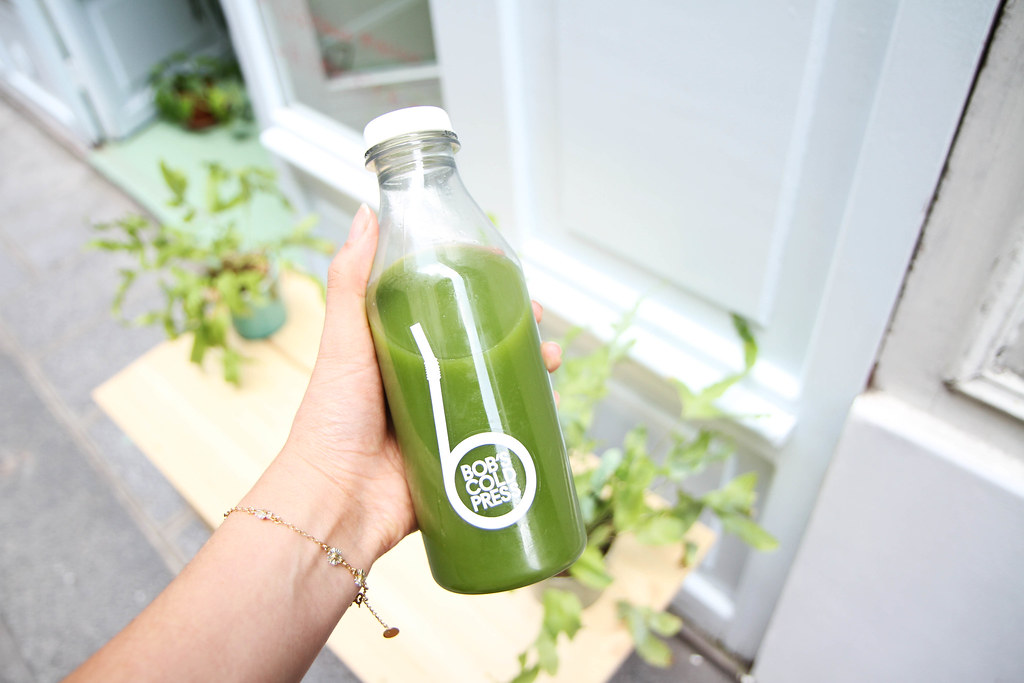