After months of fickle weather it seems that summer is slowly arriving in Paris, it’s taking its sweet time but I suppose we wouldn’t enjoy it as much if we weren’t all waiting in anticipation.. Before I leave for les grandes vacances I’m trying to squeeze in as much as possible and enjoying these sunny days in Paris which can be few and far between. What better way to celebrate the sunshine than with a sweet little ice cream? All of the pastry shops in Paris appear to be creating an ice-cream version of their most famous patisserie. L’éclair de Génie has now become the cult place in Paris for delicious éclairs so I suppose it only made sense to jump on the band wagon and create an ice cream version. Honestly I have to admit that it isn’t the best I’ve ever eaten, I think he masters his choux pastry much better than his ice cream but nonetheless top marks for creativity. For me the chef patissier will always be remembered for recreating the eclair and making it modern again, for others he may be known as the genius who invented the ice cream éclair! 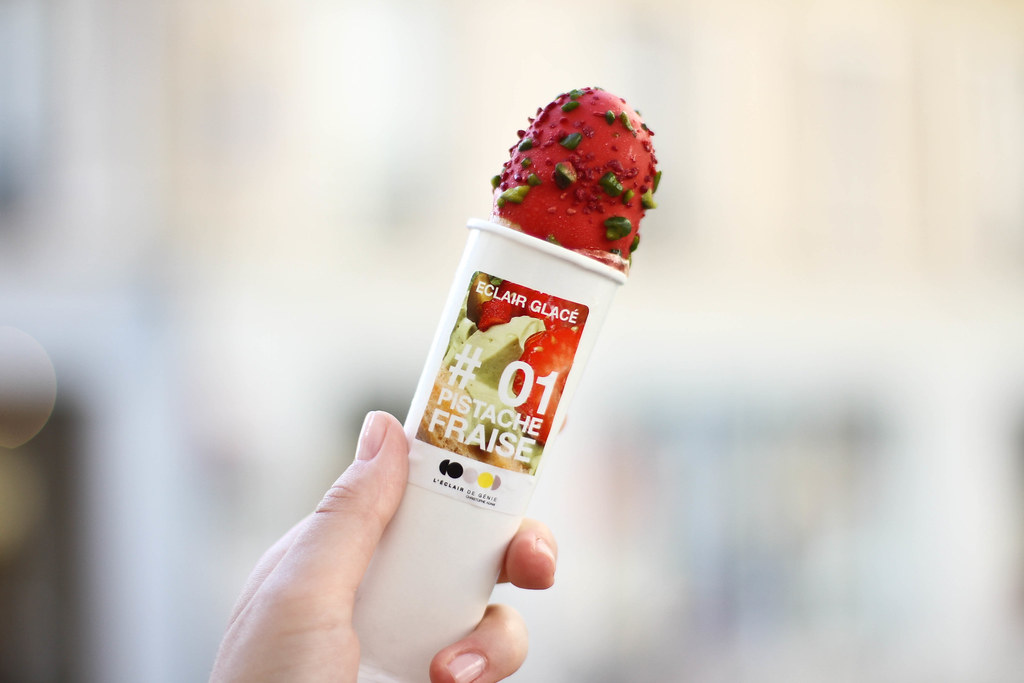