If you’ve been reading this little blog for any time at all you’ll know about my utter obsession with Ispahan, an ingenious flavour combination of rose, raspberry and litchi. I was initially drawn to this patisserie due to its beautiful exterior, I remember thinking to myself that a patisserie that attractive surely had to taste as good as it looked. Indeed it was exquisite, ever since that first mouthful a long love affair began to blossom. With this in mind I decided to dedicate a whole post to Ispahan and share a few of these delights with you all.

Pierre Hermé created this trio of delightful flavours when he was first working at Ladurée. However as the years went on, Pierre Herme opened up his own pastry shop and later created a whole range of Ispahan delights but the traditional patisserie still remains an emblem of his brand. 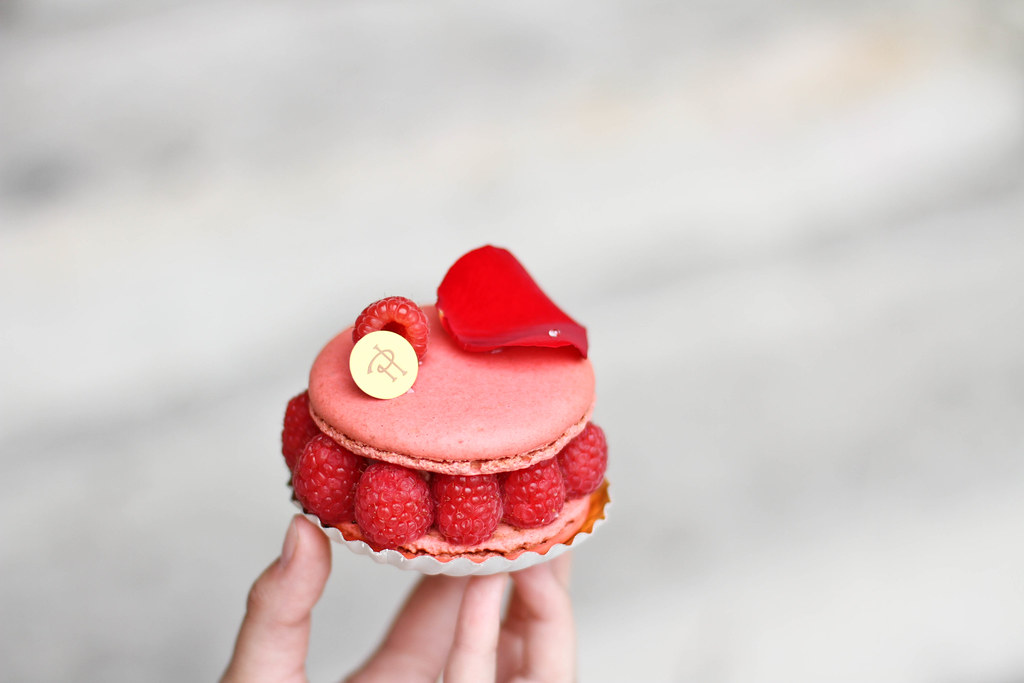 I’ve raved about his Ispahan croissant a lot before but I’ll say it again, it is the best croissant in Paris and an absolute weakness for any viennoiserie lover. 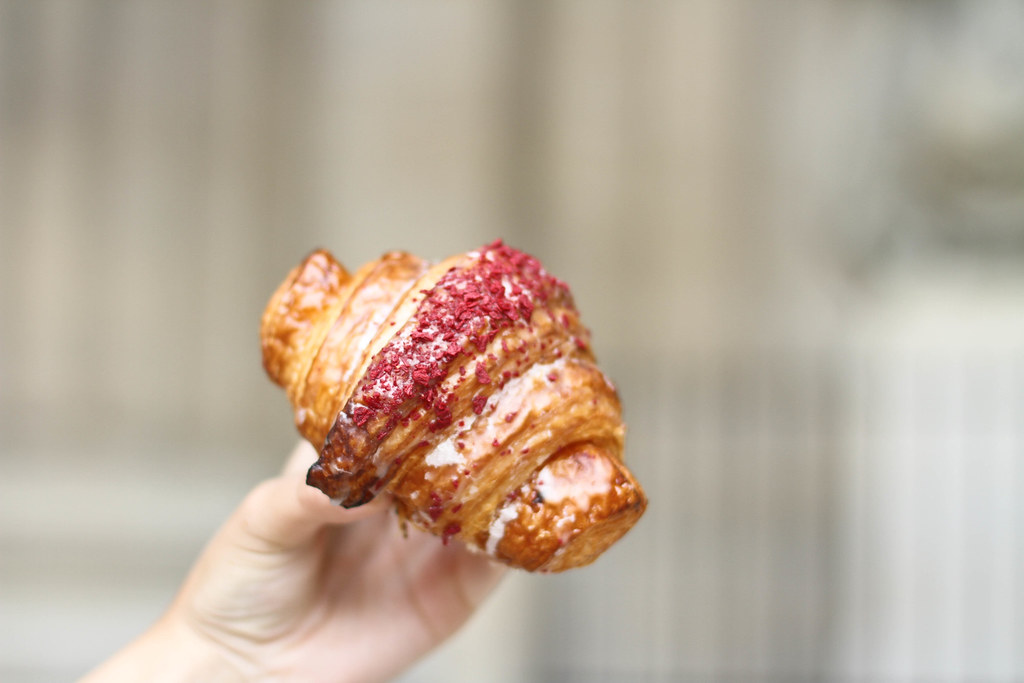 A couple of my other favourites inside his boutique are the Ispahan macarons and the Miss Gla’gla ice cream, unfortunately neither can be found in his boutique all year round as both are seasonal which makes it obligatory to snatch them up when you spot them. 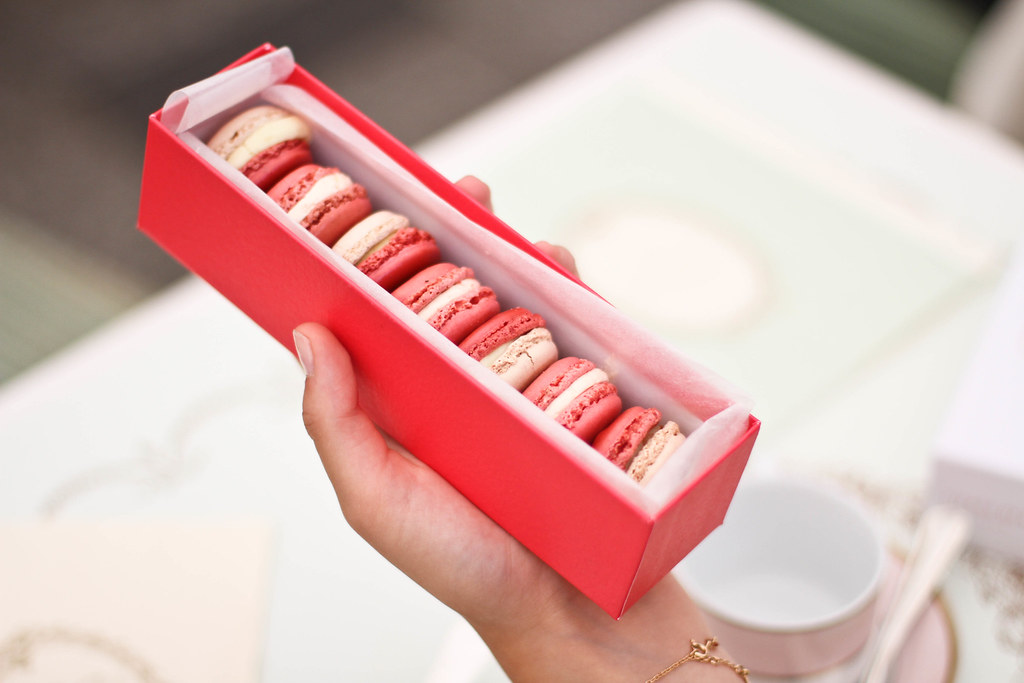 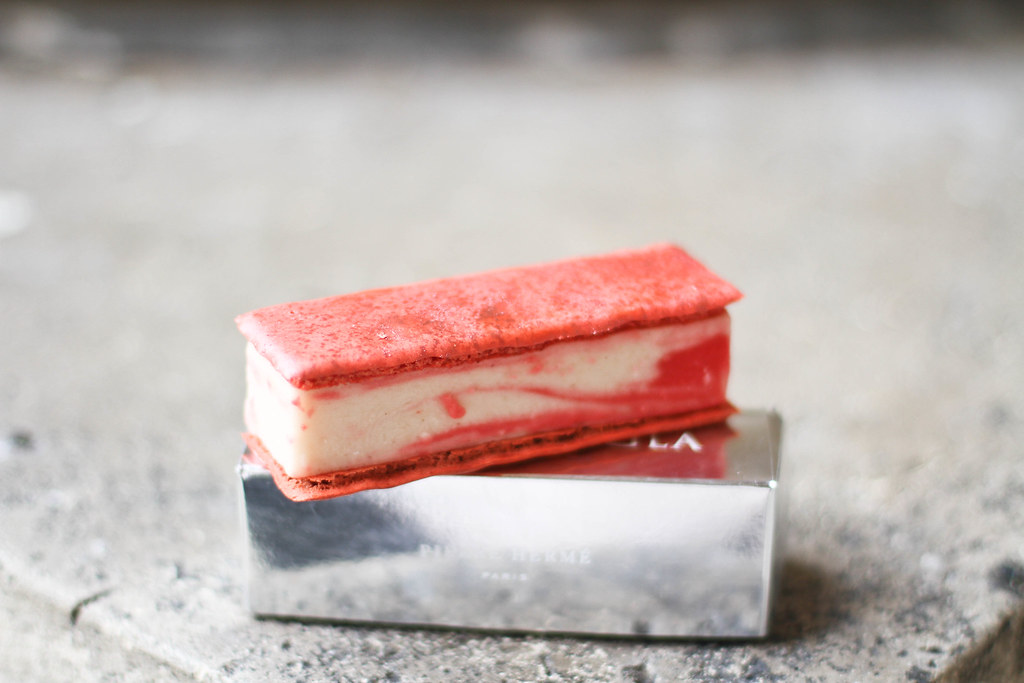 From time to time you’ll spot something Ispahan flavoured in an expected place, when this ever happens to me I get so excited to have found other brands offering this combination. Not long ago I was wondering along Rue Cler and discovered the little glacier Martine Lambert which offer a refreshing Ispahan sorbet. 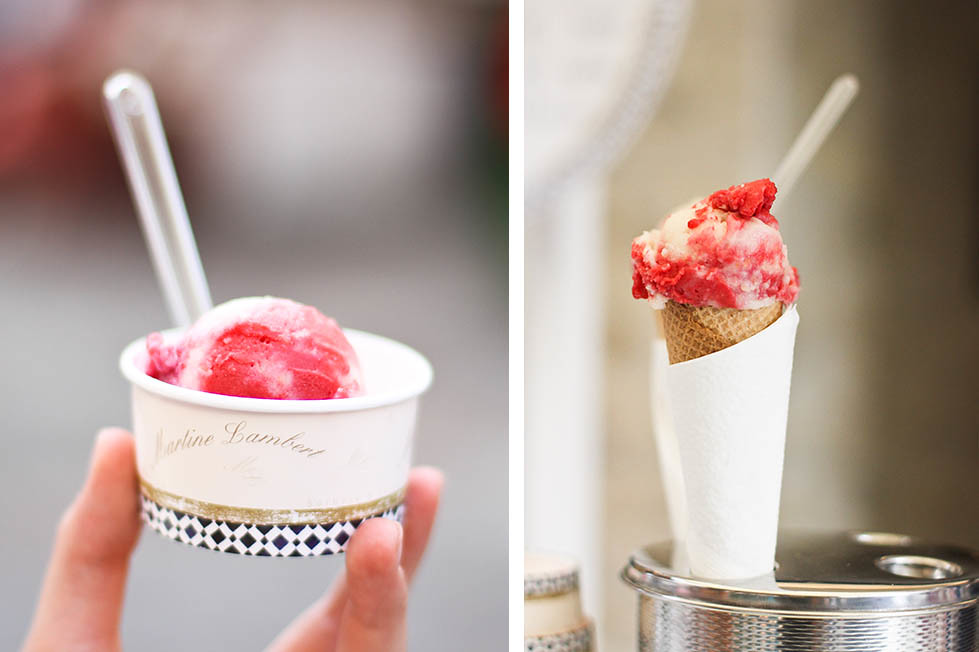 Of course the founding pastry shop which homed the creation deserves a little mention even if it isn’t the best example of the Ispahan patisserie in Paris it definitely is among the prettiest. 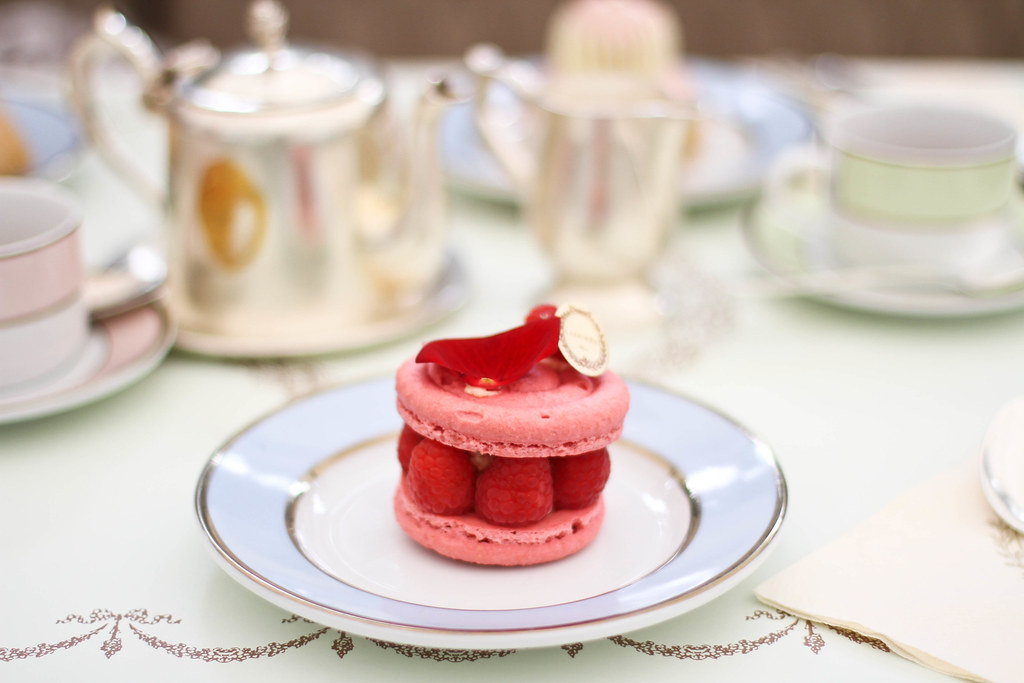 Most patisseries in Paris now offer their own version of the Ispahan and some among them are absolutely divine, some even argue that they’re better than the one found at Pierre Hermé. Among the best are the Symphonie from Sadaharu Aoki, a Japanese take on the traditional Ispahan with violet and earl grey notes running through it, and the Marie-Antoinette from Carl Marletti. 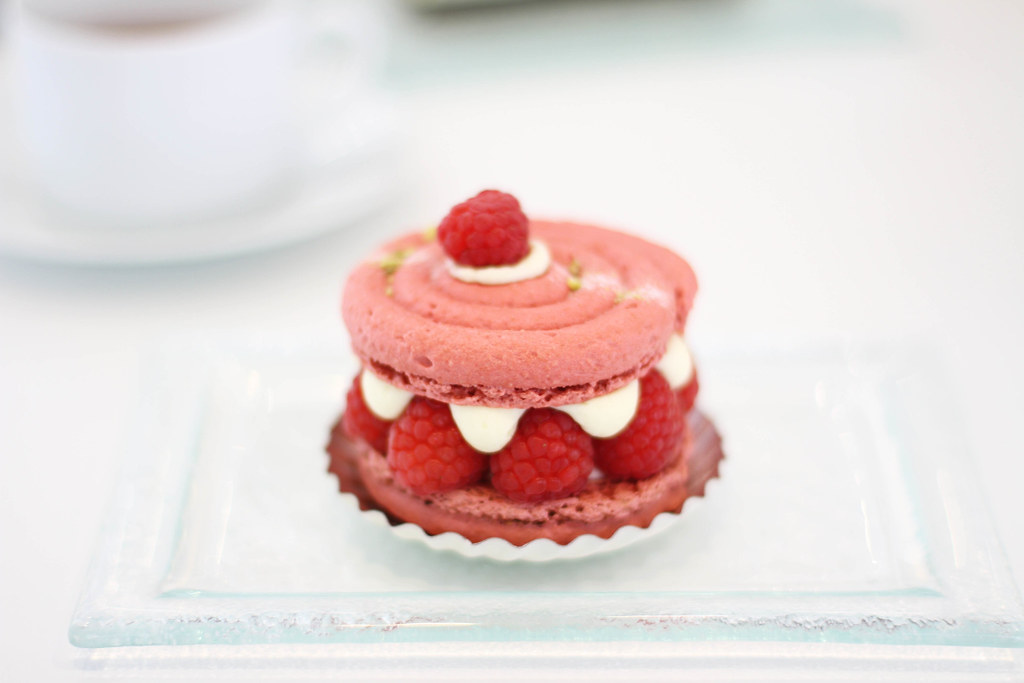 Late last year I decided to host a little Ispahan brunch as Pierre Hermé released a limited edition range of Ispahan pastries incorporating everything from the millefeuille to the rum baba all of which were heavenly. Here’s to hoping that all of these pastries become regular features in his boutique. 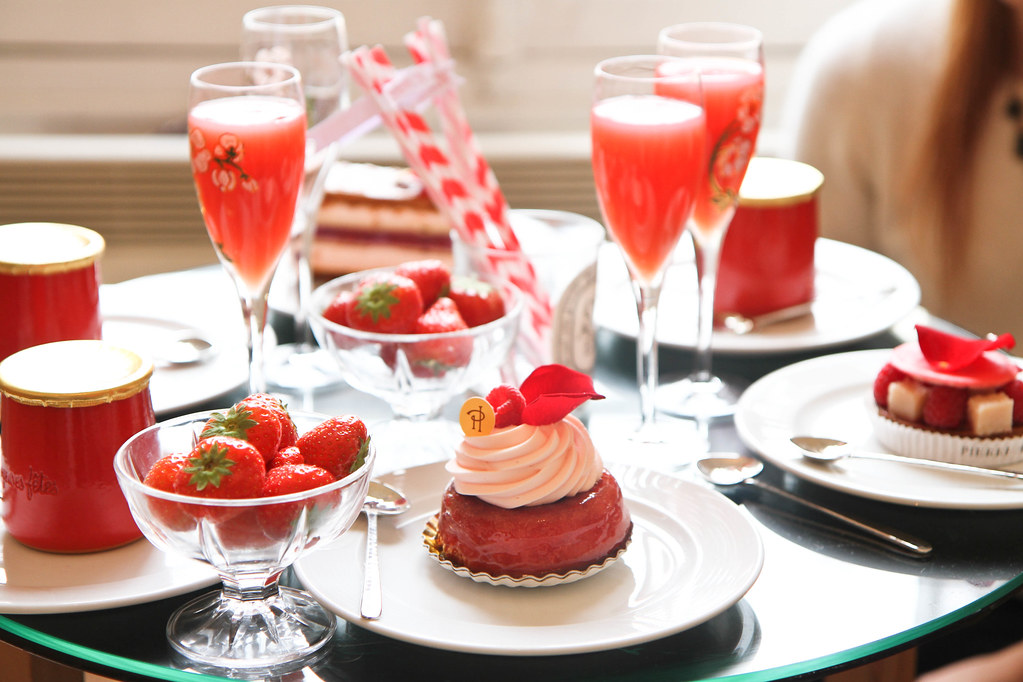