How would you spend your ideal day in Paris? This is a question which I often get asked by many of you, and whilst Paris is far too big to fit into one day, I’ve written a little guide to how I would spend a perfect winter’s day in the city of lights. This guide covers the central areas of the right bank mainly within the 1st arrondissement with a focus on all things which are necessary to keep warm and moving on a cold winter’s day.

I’d wake up early, pull my closest friends out of bed (quite literally as they sleep in the next room to mine) and head straight to the heart of city to watch the sunrise at Place de la Concorde. After such an early start we’d be feeling quite peckish so we would walk across to Claus which thankfully opens at the crack of dawn to fill up on a healthy breakfast of fresh juice and muesli. Before making our way towards the jardin des Tuileries we would make a pit-stop at Angelina to get a chocolate chaud a emporter because any type of gossiping in the gardens is made so much better when you’ve got a steaming cup of chocolaty goodness in your hands. Often there’s an exhibition at the Jeu de Paume which takes our fancy, but if not then the neighbouring  Museé de l’Orangerie always pleases us – particularly the light-filled rooms showcasing Monet’s dreamy water lilies. 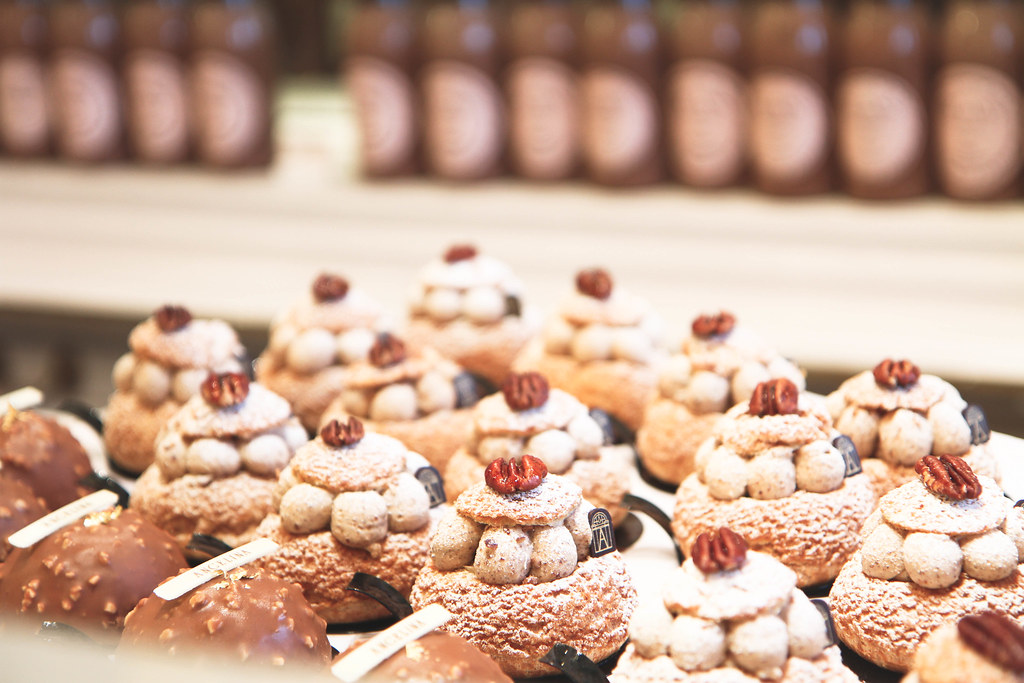 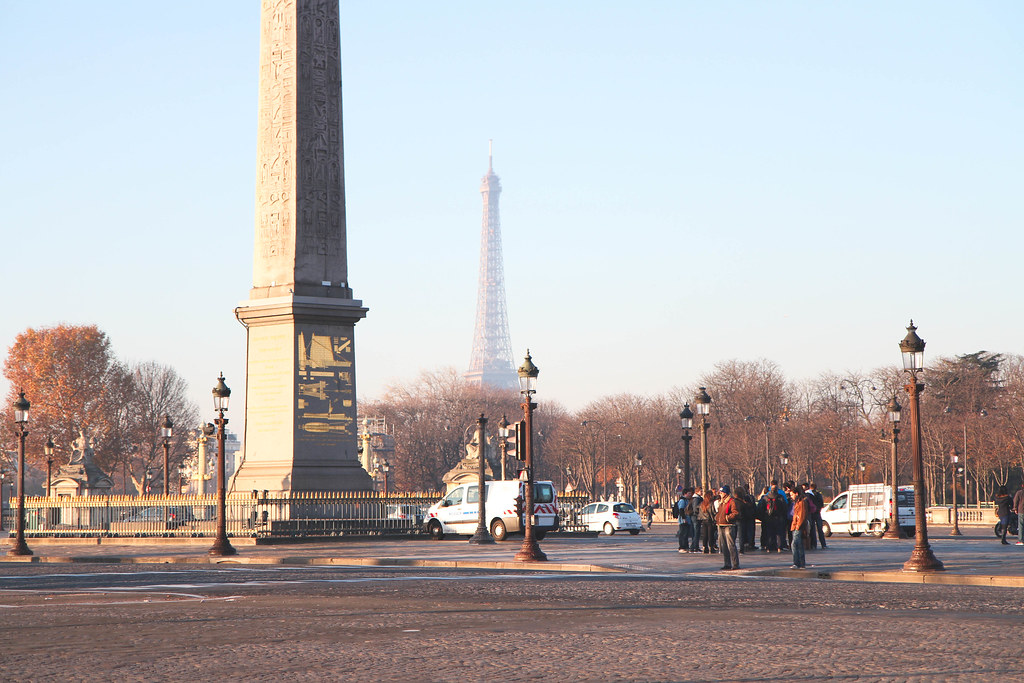 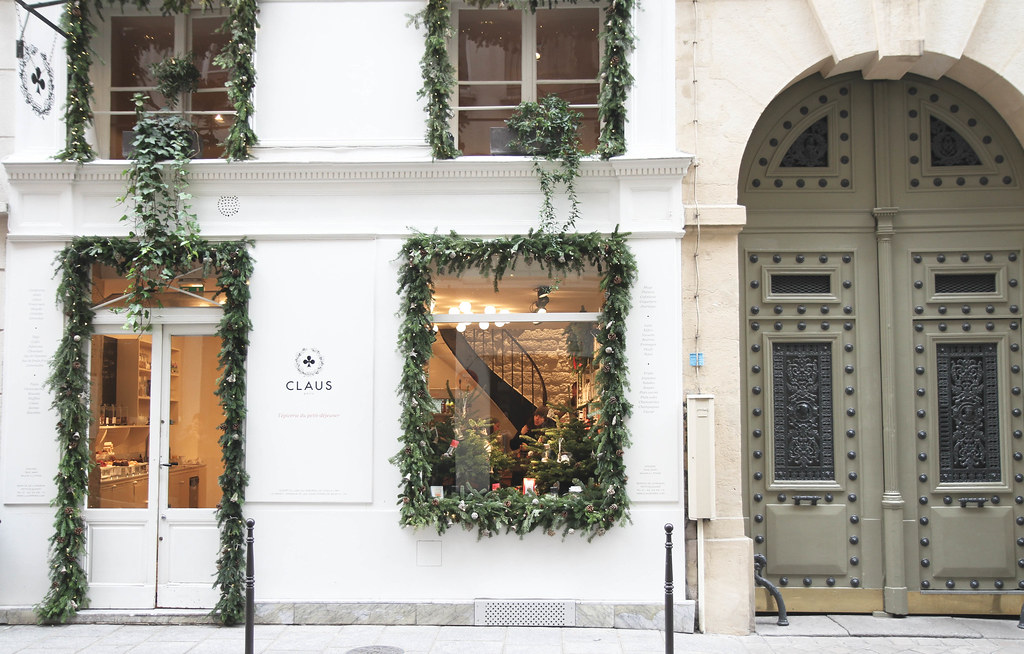 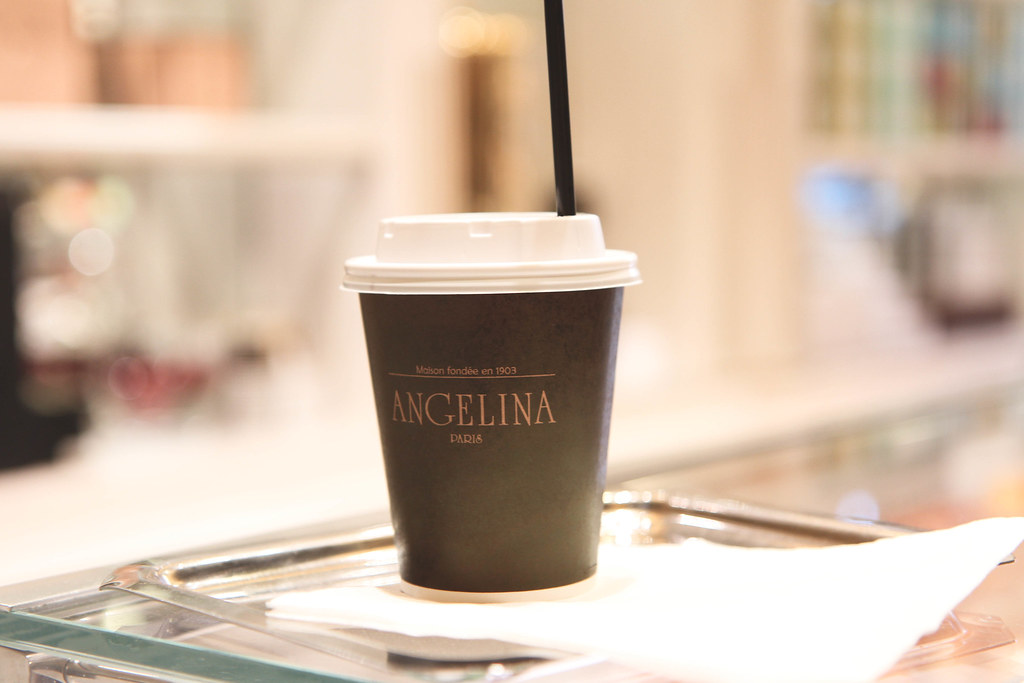 A stroll down rue de Castiglione is made a little sweeter by pausing at a few of Paris’ most celebrated chocolatiers. Les Marquis de Ladurée is the chocoholics dream, offering all of France’s classical patisseries with a chocolate twist and of course rows of delicious macarons. Across the road at Godiva I would pick up a paper cone stuffed with chocolate-coated strawberries and coerce my friends into doing the same because they look so cute in photos! I always take a moment to appreciate the regal Place Vendome daydreaming of scenes from Love in the Afternoon where I envision Audrey Hepburn’s character being courted in one of the suites at the Ritz hotel. 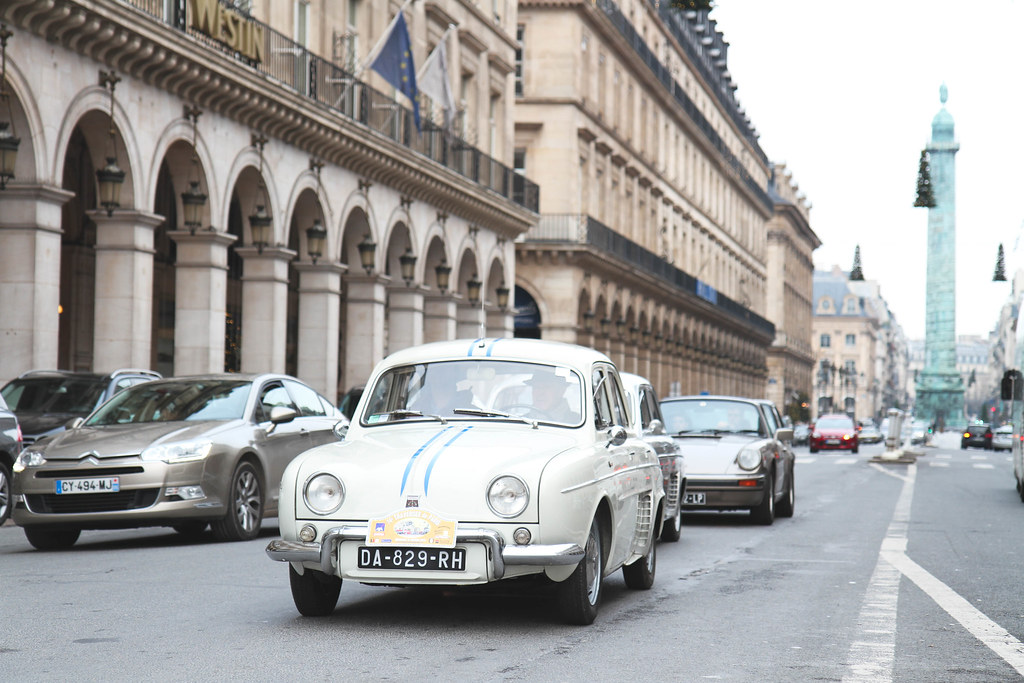 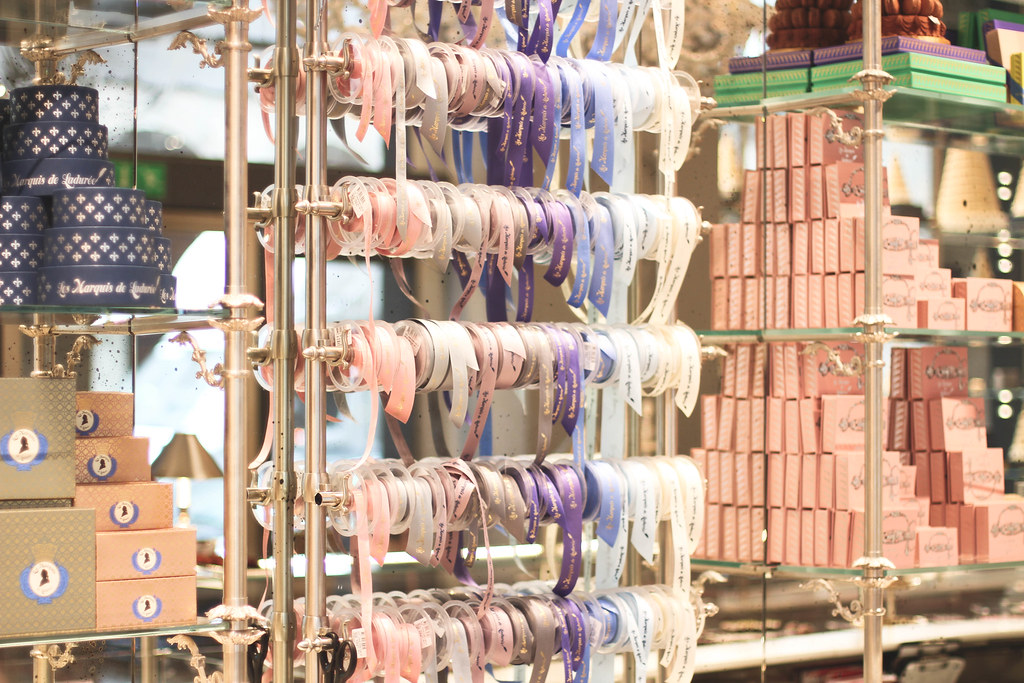 A walk down the very fashionable rue Saint Honoré ensues all the while attempting to avoid entering the designer stores which are calling our names. We head towards the Palais Royal gardens and talk about one day living in one of the beautiful Parisian apartments which frame the charming square. In need of a caffeine fix, we go to café Kitsuné, one of the few places where we can guarantee a cup of quality coffee. We then stroll through the hidden arcades where we loose ourselves for hours searching for books and trinkets in the quirky shops. 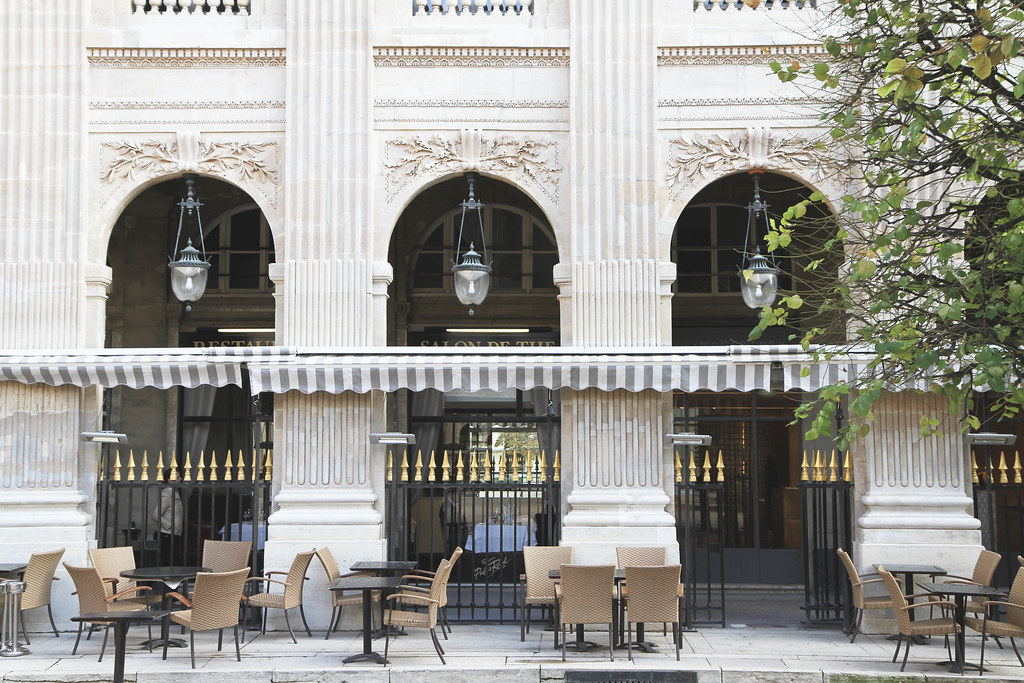 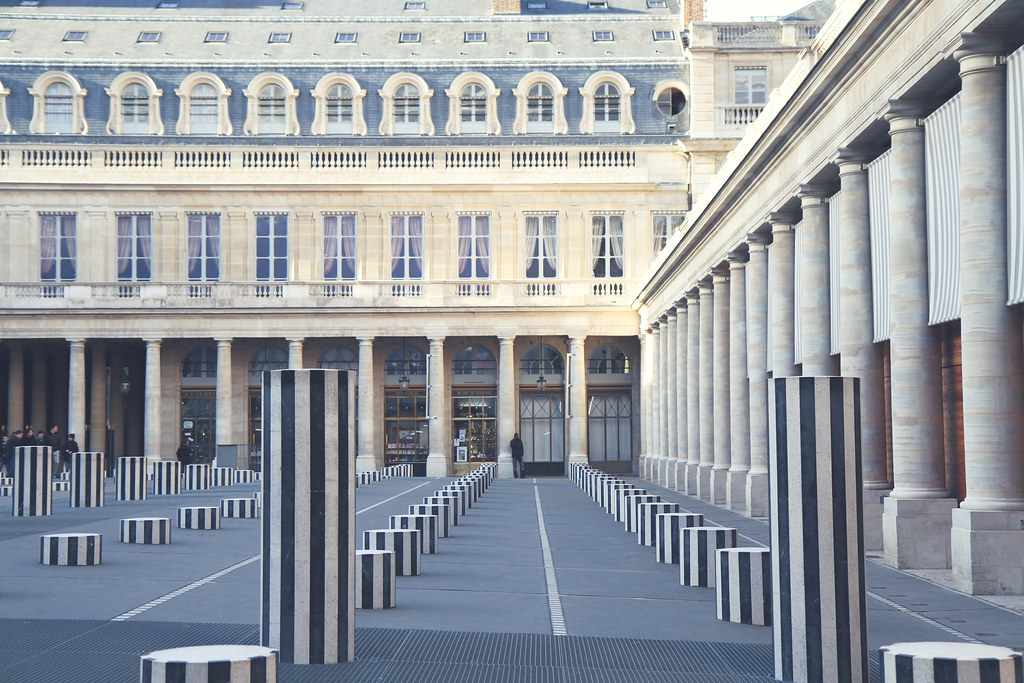 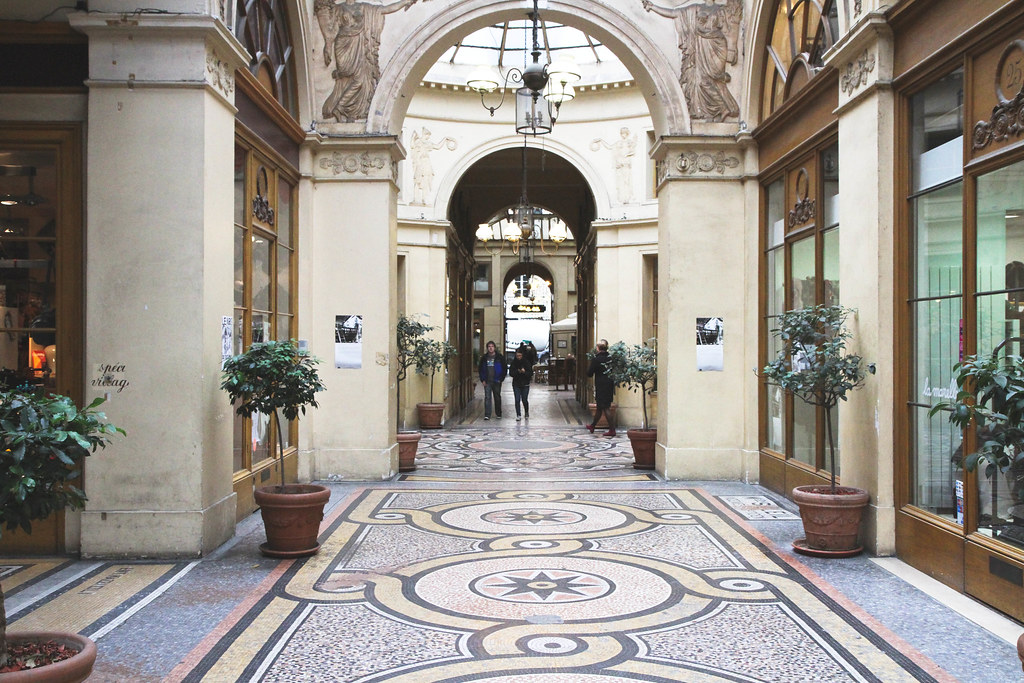 Around the corner you’ll come across one of the best sandwich joints in Paris – I don’t think I ever knew what a real sandwich was before I came to Verjus. Its the perfect spot for a light bite and will probably be one of the most memorable lunches of your life! After feeling amply full we would carry on down Avenue de l’Opéra to enter into this stunning opera house. Its interior is equally as breathtaking as its gold adorned facade mirroring a mini palais de Versailles. Around the corner two of the most luxurious department stores in Paris can be found and despite my good intentions I always end up back here far more often than I should! An ideal day especially in the fashion capital of the world would end in one of these magnificent stores purchasing French delights such as Repetto ballet flats and a Zadig and Voltaire clutch. To end the day I would swing by Café Pouchkine on the ground floor of Printemps to pick up my favourite macarons in the whole city. We would climb all the way to the top floor of the shop to watch the sun go down on the terrace while enjoying our last sugar fix of the day. 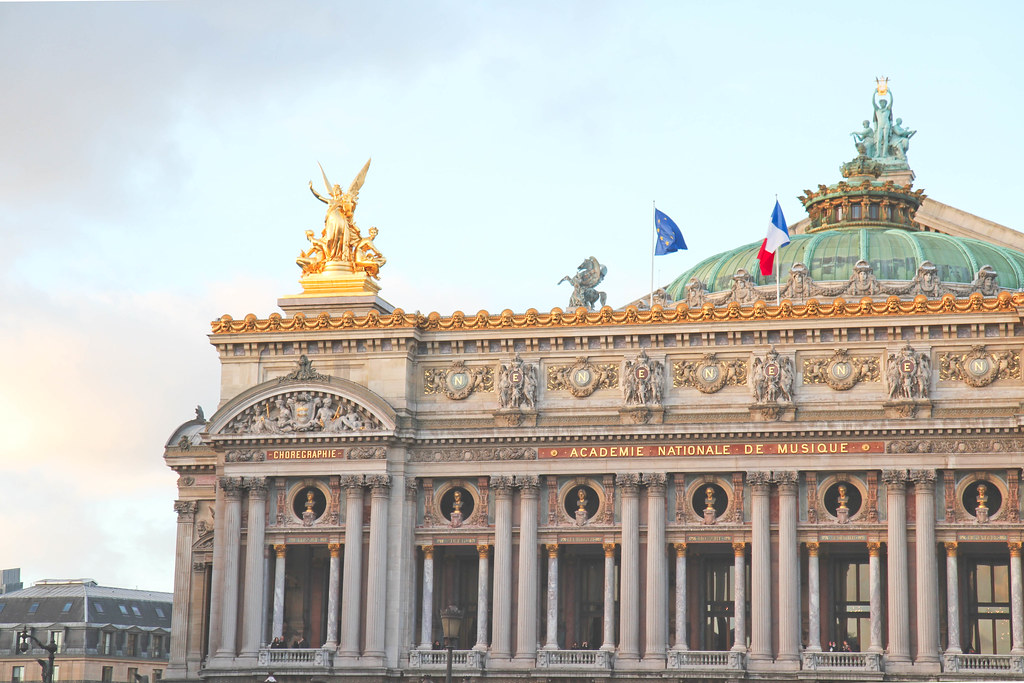 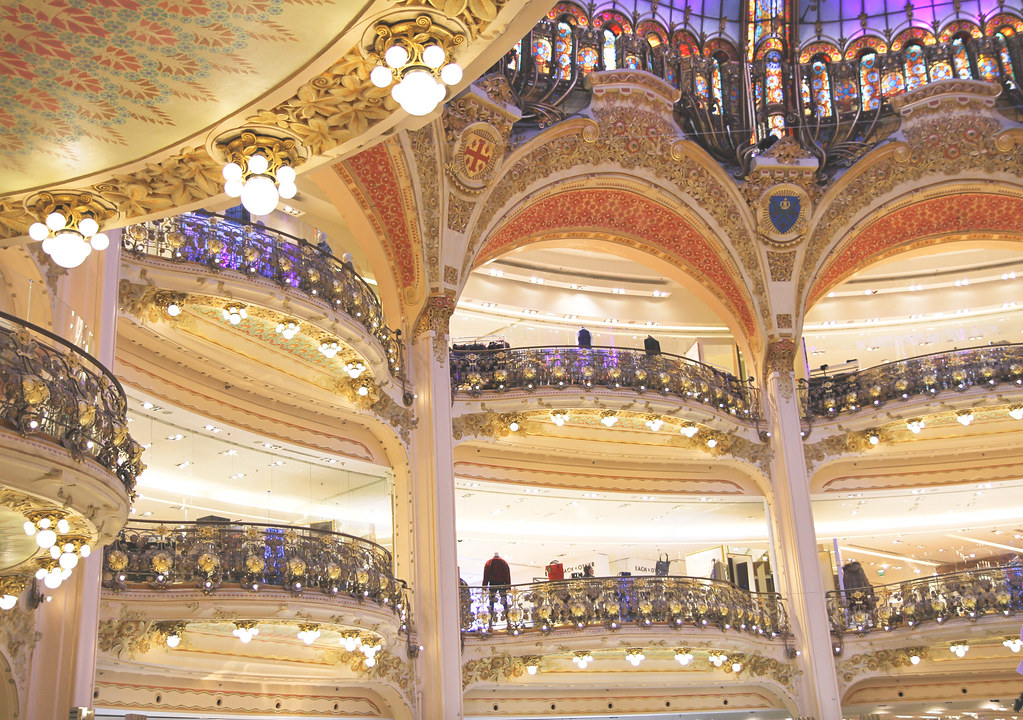 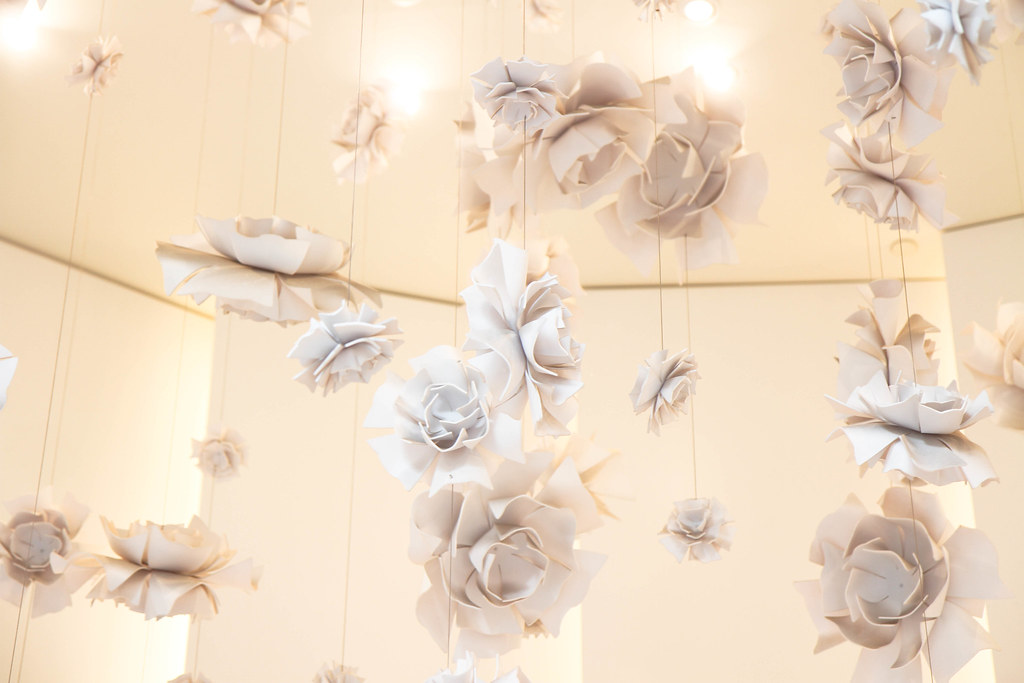 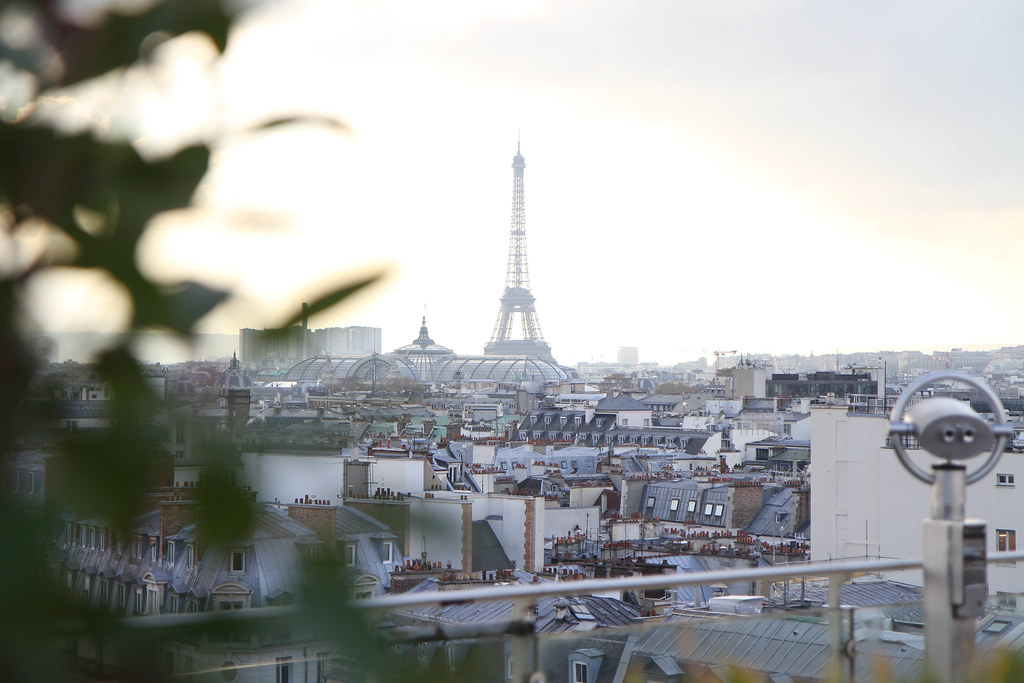 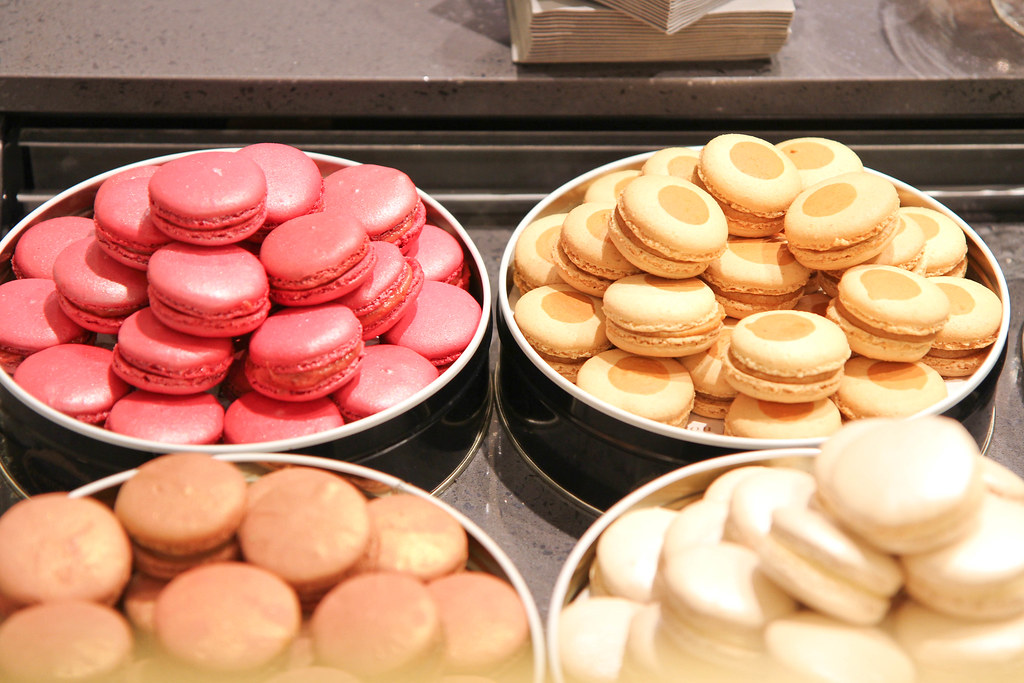 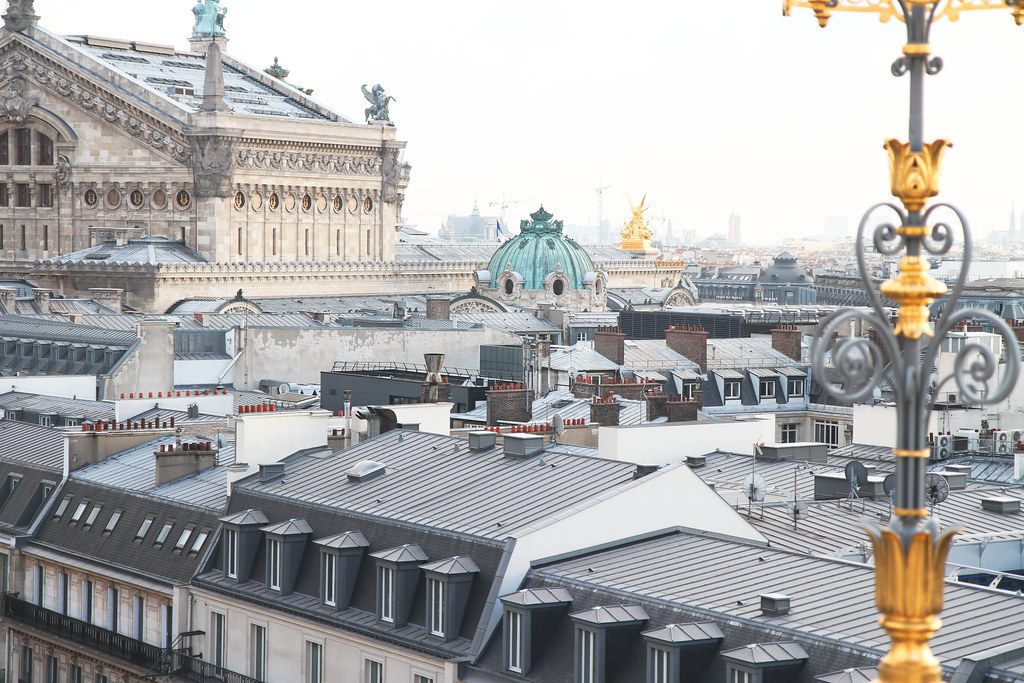 After the sunset we’d make our way back down to the bustling streets and take rue Royale making sure not to miss the window displays at Ladurée and Maxims. Not wanting to walk too far we would head around the corner to le Soufflé, and indulge in a three course meal made solely from this fluffy French delicacy. Being passionate cocktail fans we will always be in the mood for late night drinks even after the most exhausting of days. Sightseeing is pretty tiring after all… A favourite bar of ours is le Ballroom du Beefclub, an underground den serving up some killer mixologist cocktails. After such a hectic we would collapse on the slouchy sofas where we would stay chatting well into the early hours of the morning. 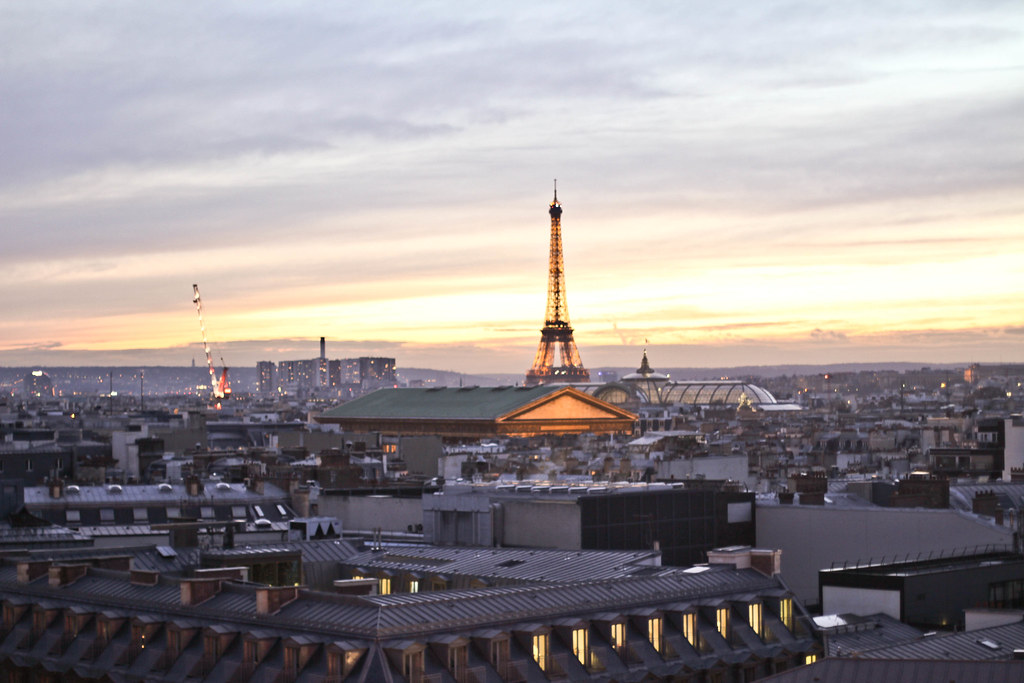 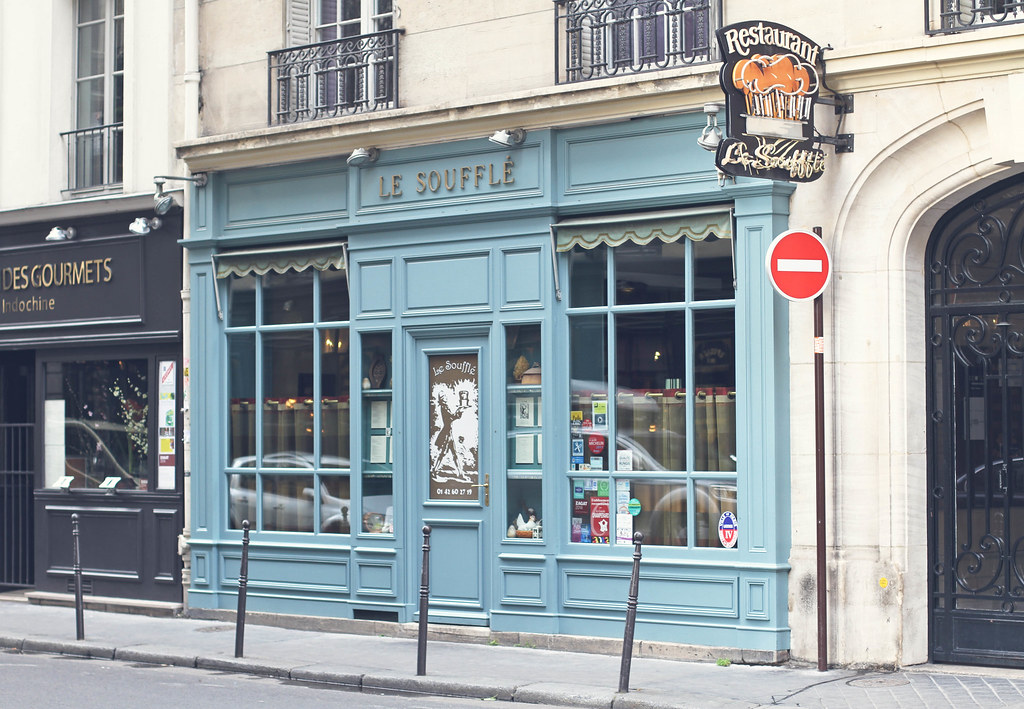 And there you have it: a perfect winter’s day in Paris! Just one example of many…